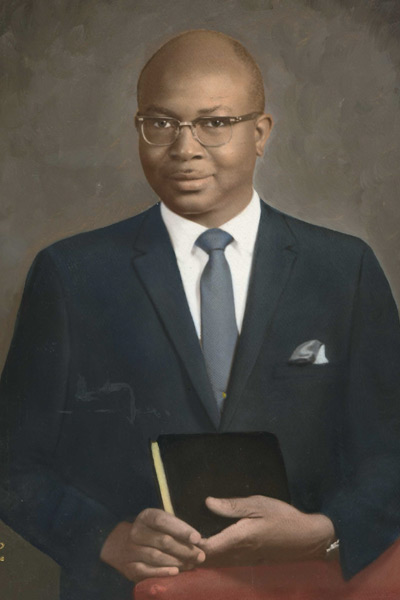 A Triumph for Democracy

Covering the election for the   Palm Beach Post- Times, Jack Thompson heralded Cunningham’s victory as unprecedented   as none of the city officials   “. . . knew of any city in Florida or the entire South which had elected a Negro to a legislative position”   since Reconstruction.  By a slim margin of 41 votes in the run-off election, Cunningham defeated the incumbent who, for 13 years had held office longer than any other council member and had served as the council’s chairman.

To fully comprehend the significance of Cunningham’s victory, we must remember that  a legalized system of discrimination known as Jim Crow existed in America from the 1880’s to the 1960’s.  The rights and privileges of blacks as citizens were severely limited or often denied.   Laws in the Southern states, and social practices in other parts of the country, kept the races apart.   The Jim Crow Era was a time when blacks and whites could not share the same beaches, swimming pools, jail cells or juvenile detention facilities.   They could not ride in the same elevators or taxis or sit next to each other on trains or buses or even in courtrooms or movie theatres.  Laws prohibited blacks and whites from intermarrying or being buried in the same cemeteries.  In West Palm Beach,   a city ordinance forced blacks to live and own their businesses in a well -defined boundary.

Cunningham’s election signaled a destruction of racial barriers. During the election, more than 1000   voters in the negro Precinct 3A who lived west of the dividing Florida East Coast railroad tracks cast votes for Cunningham  at the Pure Oil Service Station on Old Dixie Highway.  Interestingly, another 299 voters in the predominately white Precinct 3, voted for Cunningham at City Hall.  Therefore, it was monumental that Cunningham was elected by a diverse group of voters- both blacks and whites   who believed that the 35-year old attorney had a genuine interest in their city and the knowledge and skill necessary to bring about positive change.

Cunningham’s story is one of perseverance. The son of a farmer and grocer from Plant City, Florida, his parents instilled in him that education was the ticket to success.  Determined to advance the rights of citizens, Cunningham enrolled in Howard University as an undergraduate and continued, completing law school in 1953.  Attending law school out of state was necessary as blacks were not permitted to enroll in Florida’s public law schools in the 1950s.  With his law degree in hand, Cunningham moved to Palm Beach County in 1953. While his initial bid to become a Riviera Beach City Councilman was unsuccessful in 1956, he later was re-elected twice as councilman and served on the City Council from 1962-1967.   During his tenure, he rose to the position  of  Vice Chairman and  worked hard for all  residents.  His accomplishments include establishing a paid Fire Department, improving the City’s Water and Sewer System, erecting recreational buildings and implementing a beach development program.

Today, we honor him not with our words, but with action. This Bar Association has pledged and continues to educate the public about the importance of registering and voting in local, state and national elections.  Members are joining forces with the Florida Bar’s public education program to educate voters about the judicial merit retention system.

To F. Malcolm Cunningham, Sr. we thank you for your pioneering efforts, and we pledge to continue to promote the rights of all citizens.

The 3rd Black lawyer in Palm Beach County, Judge I. C. Smith joined William Holland in legal practice in 1954; together handled cases that helped change the Palm Beach County: integrating public schools, municipal golf course and eliminating separate eating and bathroom facilities on Florida’s Turnpike. In 1984 he was appointed to the county court Bench by Gov. Bob Graham. I.C. Smith and William Holland pioneered the process of black attorneys coming to Palm Beach County to practice their profession – law. In an interview, he once said …”Nothing separate can be equal”.