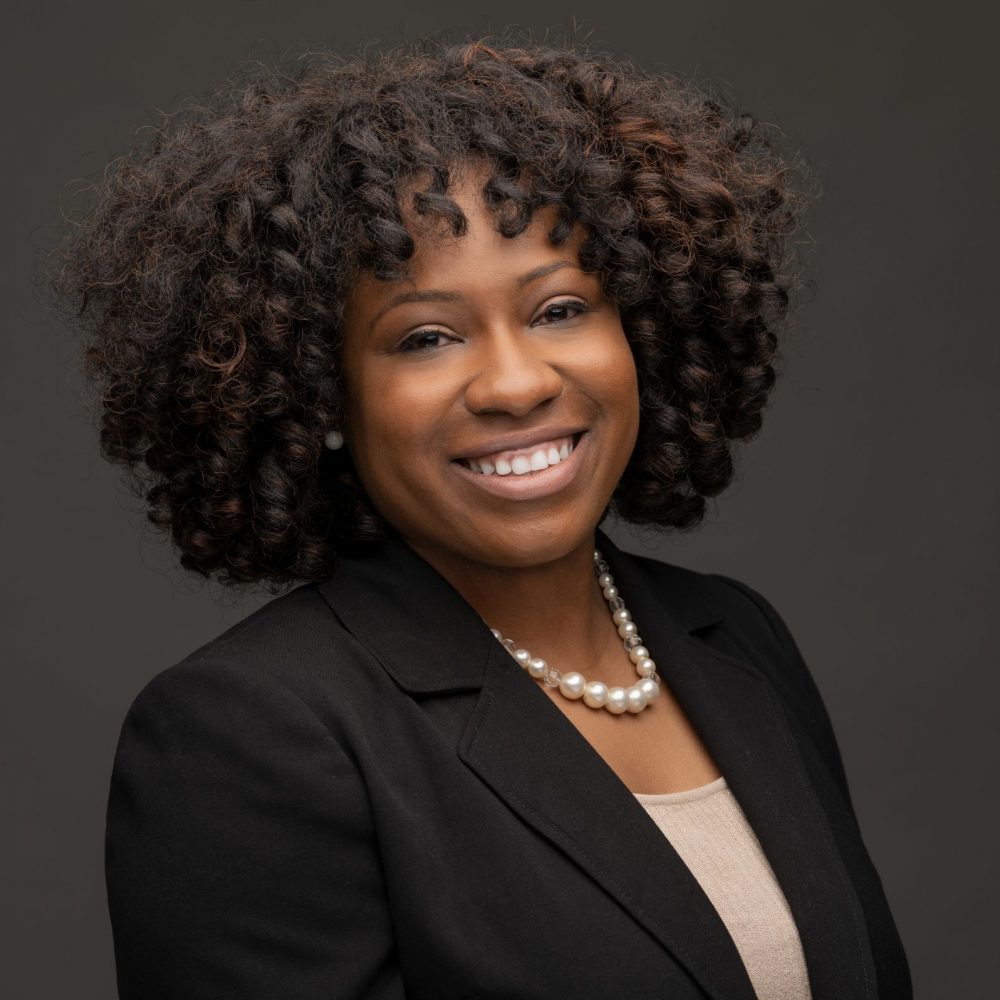 Whitney Baldwin Powell is a native of West Palm Beach. Presently, she is an associate attorney at Cole, Scott, & Kissane, P.A. She attended Florida Agricultural & Mechanical University (“FAMU”) where she earned a Bachelor of Science and a Masters of Public Administration. She continued her education at the FAMU College of Law and graduated in 2013 in the top half of her class. While in law school, she was awarded the distinguished Percy R. Luney Spirit of Service Award, given to a law student who excels in service to both the community and the FAMU College of Law.

In addition to her service as President of F. Malcolm Cunningham Bar Association, Sr. Bar Association, she is the Immediate Past President of Alpha Kappa Alpha Sorority, Inc., Xi Pi Omega Chapter. She is also active with Palm Beach County Bar Association, YWCA of Palm Beach County, Jack and Jill of America of America, Inc., Northboro Elementary PTO, and Gray’s Temple CME Church. She was named one of South Florida’s Most Influential & Powerful Black Professionals of 2020 by Legacy Magazine. She is the wife of Florida Senator Bobby Powell and the mother of Chandler.

Kemar Thomas is Assistant Deputy General Counsel of Trials at Universal Property and Casualty Insurance Company, where he focuses on litigating first-party property lawsuits. He has tried over 45 civil and criminal jury-trial. Mr. Thomas started his legal career at the Public Defender’s Office in Palm Beach County where he represented indigent individuals charged with misdemeanors and life felonies such as attempted-murder, burglary, battery DUI and stalking.

Mr. Thomas graduated from St. Thomas Universal School of Law.  During law school, he was the President of the Award-Winning Trial Team and a member of the Moot Court Board. He also interned with the Honorable Meenu Sasser of the 15th Judicial Circuit Court of Florida and worked as an Active Learning Instructor for Property I and II.

Kemar also earned a Bachelor of Arts in Criminal Justice with minor in Hospitality Management from Florida Atlantic University. He is also a member of the Palm Beach Bar Association. In his spare time, Kemar enjoys traveling, attending networking events and exercising. 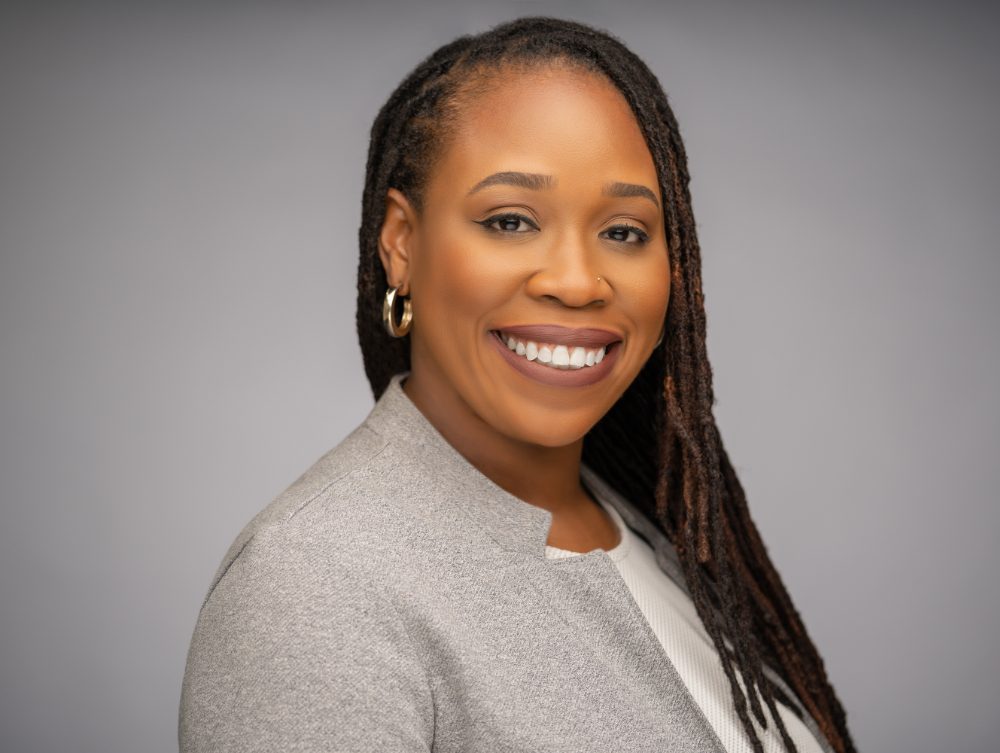 Candice T. Montgomery is an associate at the Law Office of Jefferey Hickman where she’s  practicing personal injury protection law. She previously worked as a Senior Trial attorney for five years at Children Legal Services; a statewide law firm within the Department of Children and Families. Born and raised in Fort Lauderdale, Candice is a proud alumna of Florida A &M University where she received her Bachelor’s of Science and her Juris Doctorate degree.  Candice is an active member of Florida Association of Women lawyers and Cunningham Bar Association.  She is also a member of the Palm Beach County Bar Association where she serves as co-chair for the Social Justice Racial Equality committee. Additionally, she serves as co- chair for the “What A Lawyer Looks Like” campaign, showcasing diversity in the legal community. 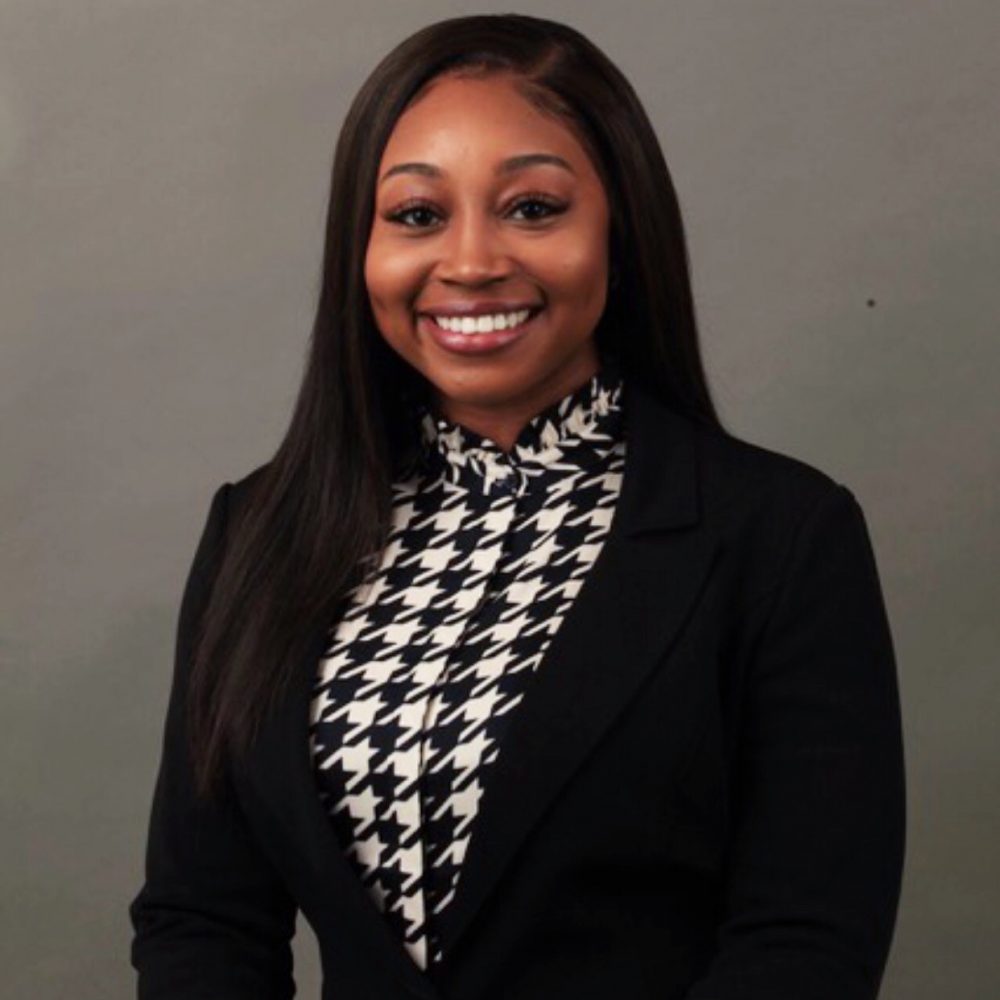 Yasmeen Lewis is an associate attorney at Searcy Denney Scarola Barnhart & Shipley. She joined Searcy Denney as an Associate in November of 2018. Yasmeen focuses her practice on representing victims of catastrophic personal injury and wrongful death resulting from motor vehicle crashes, medical malpractice and premises liability.

Yasmeen earned her B.S. degree in economics from Florida State University while clerking for two summers in Searcy Denney’s Tallahassee office.  She was awarded an academic scholarship to Florida Agricultural and Mechanical University College of Law, where she was a member of the Phi Alpha Delta legal fraternity and was appointed to the executive board of the Women’s Law Caucus as the representative of the Florida Association for Women’s Lawyers.

As an undergraduate student, Yasmeen developed a passion for mentoring youth. While at FSU, she mentored middle school children in underserved communities outside of Tallahassee.  In law school, she organized several of her classmates and founded a tutoring and mentoring program at a local high school. Yasmeen is a strong believer that mentorship of the youth, especially in underserved communities, is critical to the growth and success of the youth in those communities. Consistent with the mission of The F. Malcolm Cunningham, Sr. Bar Association, she too is looking forward to maintaining the honor and dignity of Black people within the legal profession. 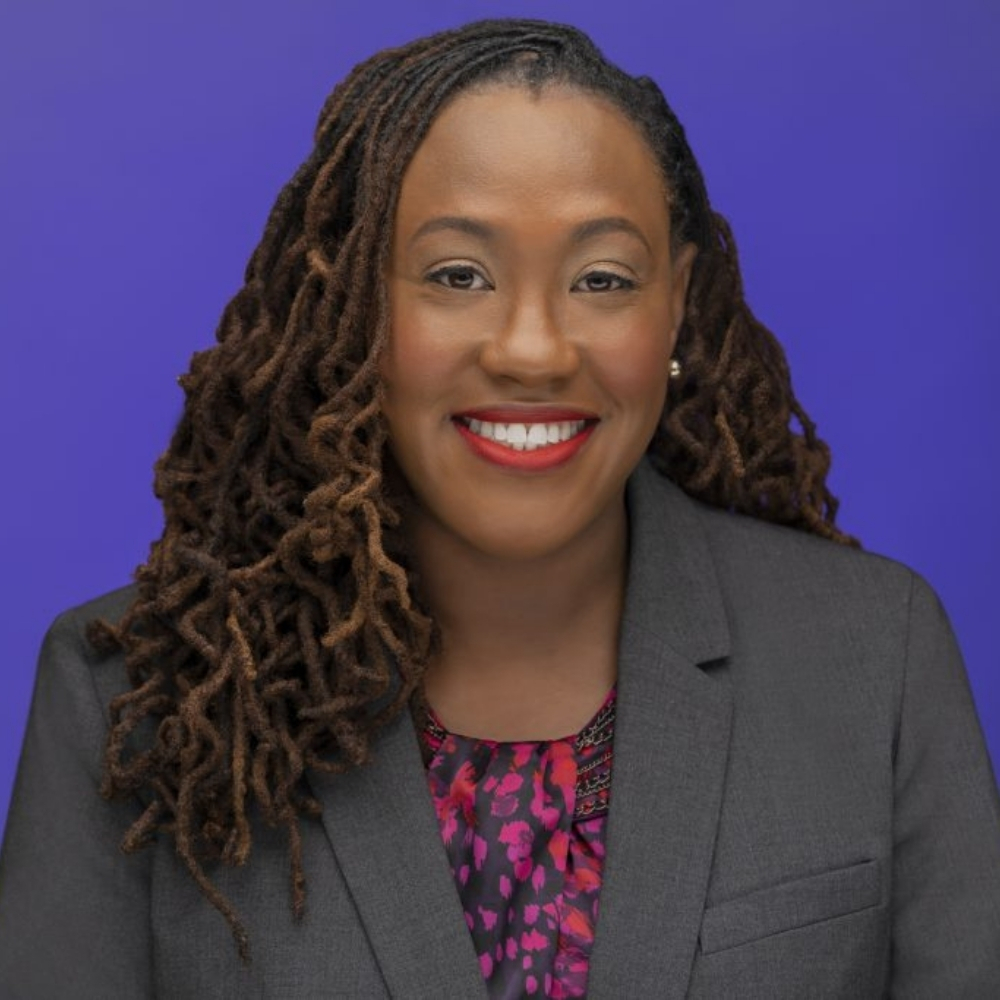 Denise Mutamba was born and raised in Canton, OH, the home of the NFL’s Football Hall of Fame. In 2001, she received a Bachelor’s of Science in Human Resources and a Bachelor’s of Science in International Business from the University of Akron. In 2007 she moved to Jacksonville, FL where she worked for CSX Transportation, Inc., a fortune 500 company. At CSX, she worked in the Human Resources department assisting hiring managers with employment decisions.

In 2014, Ms. Mutamba graduated from the University of Miami School of Law with her Juris Doctor. During her time at the University of Miami School of Law, Ms. Mutamba earned a CALI Award for Excellence in Human Rights Law, was recognized on the Dean’s List for academic excellence, and tapped into the Society of Bar and Gavel, an organization that recognizes students who demonstrate exemplary character, service to others, positive attitude, and leadership. In addition, she was a member of the Mock Trial Team and a committee chairperson for the Black Law Students Association.

She is a proud member of Sigma Gamma Rho Sorority, Inc. In her spare time, she enjoys watching movies, playing taboo, mentoring, and spending time with her family.

Ms. Mutamba is admitted to practice in the State of Florida and the United States District Court for the Southern District of Florida. 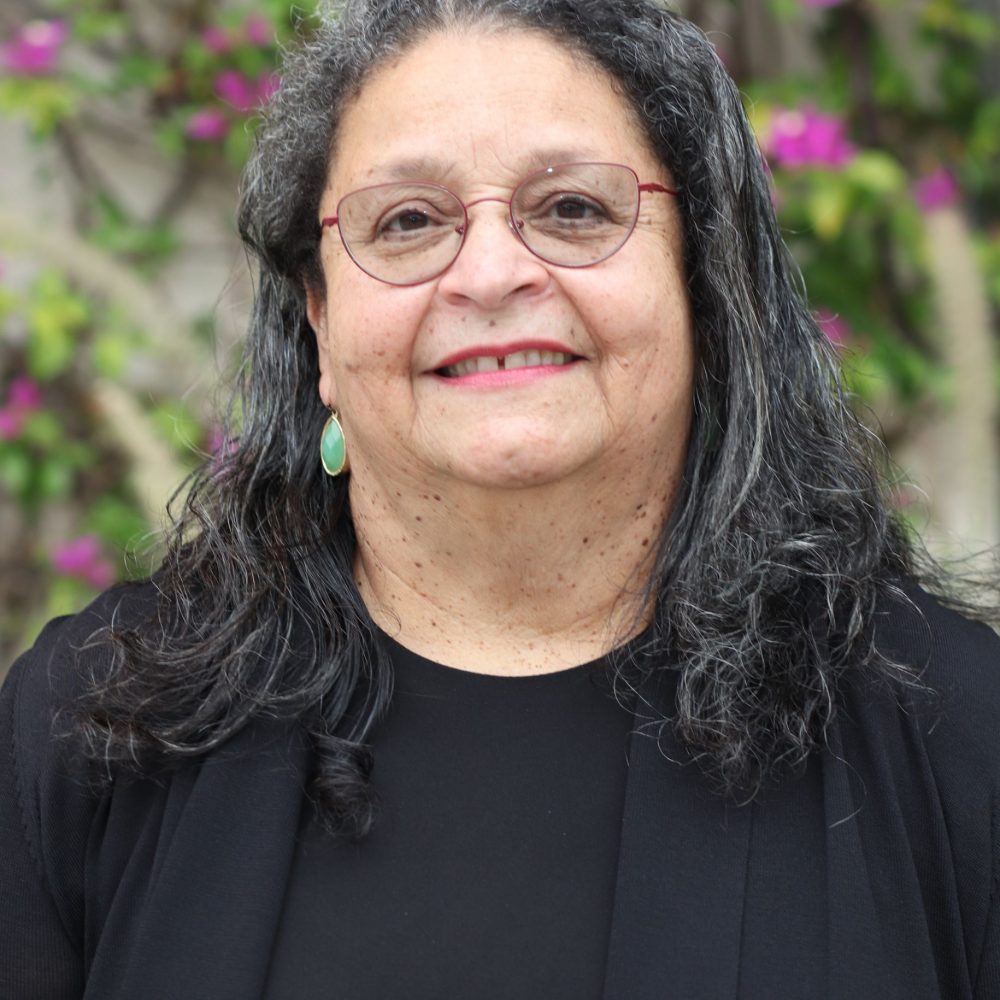 Judge Maxine Cheesman migrated to Florida from Jamaica, West Indies in 1979 and has served the community in many ways – as a Chemist, Manager, Environmentalist, Attorney, and Judge.

She is passionate about justice, pro bono and community service.  She strongy believes that “To whom much is given, much will be required” (Luke 12:48). She has been actively involved in community activities serving on city and community committes in the environmental or social justice arena. Her most treasured activity is working with the homeless community whch she has been doing since 1996.

In 2018 Judge Cheesman made history by becoming the first Jamaican born American and first Black female elected as a Circuit Judge in Palm Beach County.

As a judge, she reads everything ahead of hearings and appreciates attorneys who are prepared and professional. 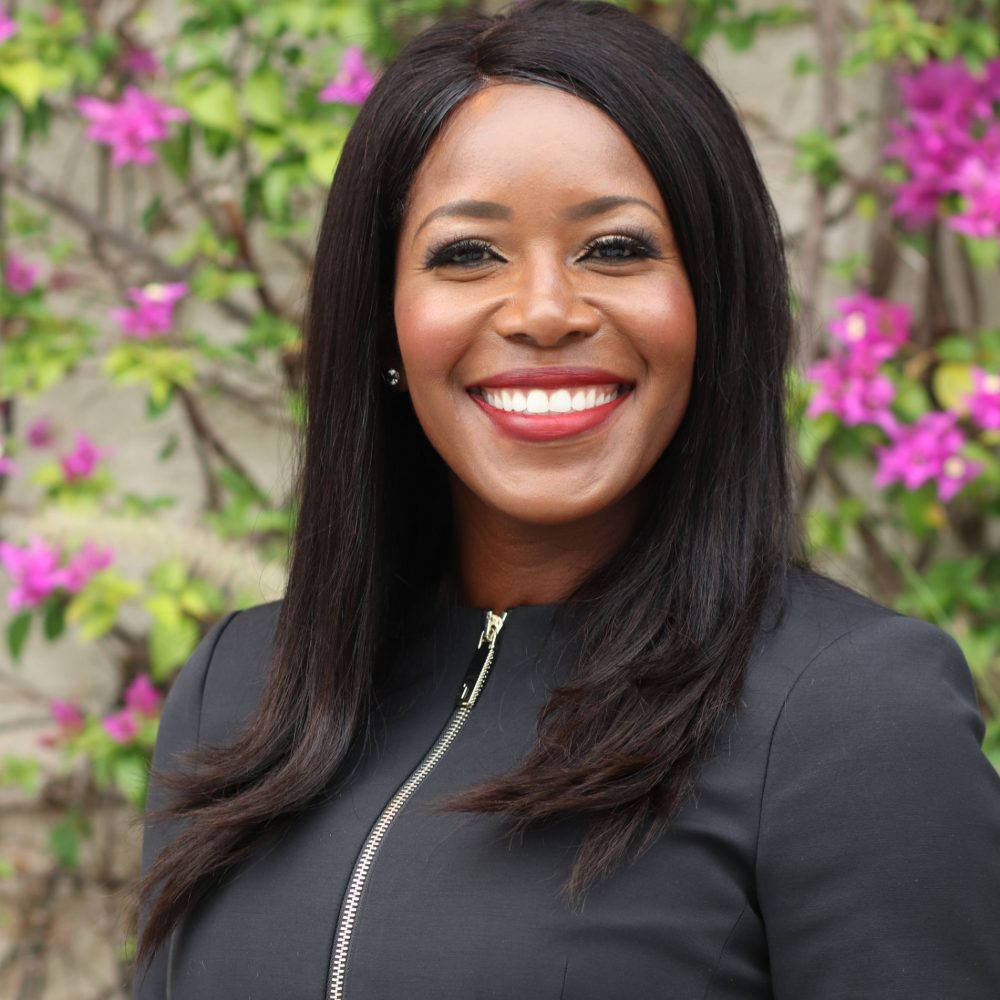 Rosalyn “Sia” Baker Barnes is a Partner at Searcy Denney Scarola Barnhart & Shipley, P.A., and serves on its Executive Committee.  In her 20-year career, she has successfully pursued justice for victims in personal injury, medical negligence and product liability cases, achieving numerous multi-million dollar verdicts and settlements, including her most recent $20 million verdict against tobacco giant RJ Reynolds Tobacco Company.  She is included in US News & World Report’s “Best Lawyers In America,” is recognized as one of the top lawyers in the state by Florida Super Lawyers magazine, has been included in Florida Trend magazine’s Legal Elite, and was selected by the Daily Business Review as one of South Florida’s Inaugural “Top 20 Women in Law.”
A proud lawyer who is committed to professionalism and civility, Ms. Baker-Barnes serves on The Florida Bar Board of Governors, representing the Fifteenth Judicial Circuit.  She is also active in the Florida Bar’s Trial Lawyers Section, where she serves as a member of its Executive Council. She is a past President of the Palm Beach County Bar Association. As the 95th President, she was the first African-American female to serve in this role.
She is also an active member of the F. Malcolm Cunningham, Sr. Bar Association and National Bar Association (NBA), and is a past recipient of the NBA’s Presidential Award and of the NBA Nation’s Best Advocates: 40 Lawyers Under 40.

She is a Past President of the West Palm Beach Chapter of The Links, Incorporated and a member of Alpha Kappa Alpha Sorority, Inc.  She resides in West Palm Beach with her husband, past Cunningham Bar President, Edrick E. Barnes, Esq., and their three children.