History of the Competition

The Competition encourages students to express their views on a pre- selected topic and focuses on the ability of the students to communicate orally and in writing. The contest is also designed to give young people experience in public speaking and reviewing legal documents as well as provide an opportunity for them to obtain some financial support to continue their education.

The Competition originated under the leadership of NBA Past President Harold D. Pope with the assistance of Attorney Vanessa Miree Hayes and resulted from the historical success of a similar competition conducted by the NBA Affiliate Chapter, Wolverine Bar Association, Detroit, Michigan.

The successful foundation of the Competition was based primarily on the financial contribution of Ford Motor Company. With the continued financial support of FedEx, General Motors, Metropolitan Life Insurance Company, State Farm Insurance Companies, Walmart Stores, Inc., and the National Bar Association Commercial Law Section, the Martin Luther King, Jr. Drum Major for Justice Advocacy Competition has been successfully held for twenty-one years and has evolved into a main program of the NBA and NBI.

The National Bar Association through the National Bar Institute has awarded approximately $290,000.00 in scholarships to over one hundred and twelve (112) students since the inception of the Competition in 2000. 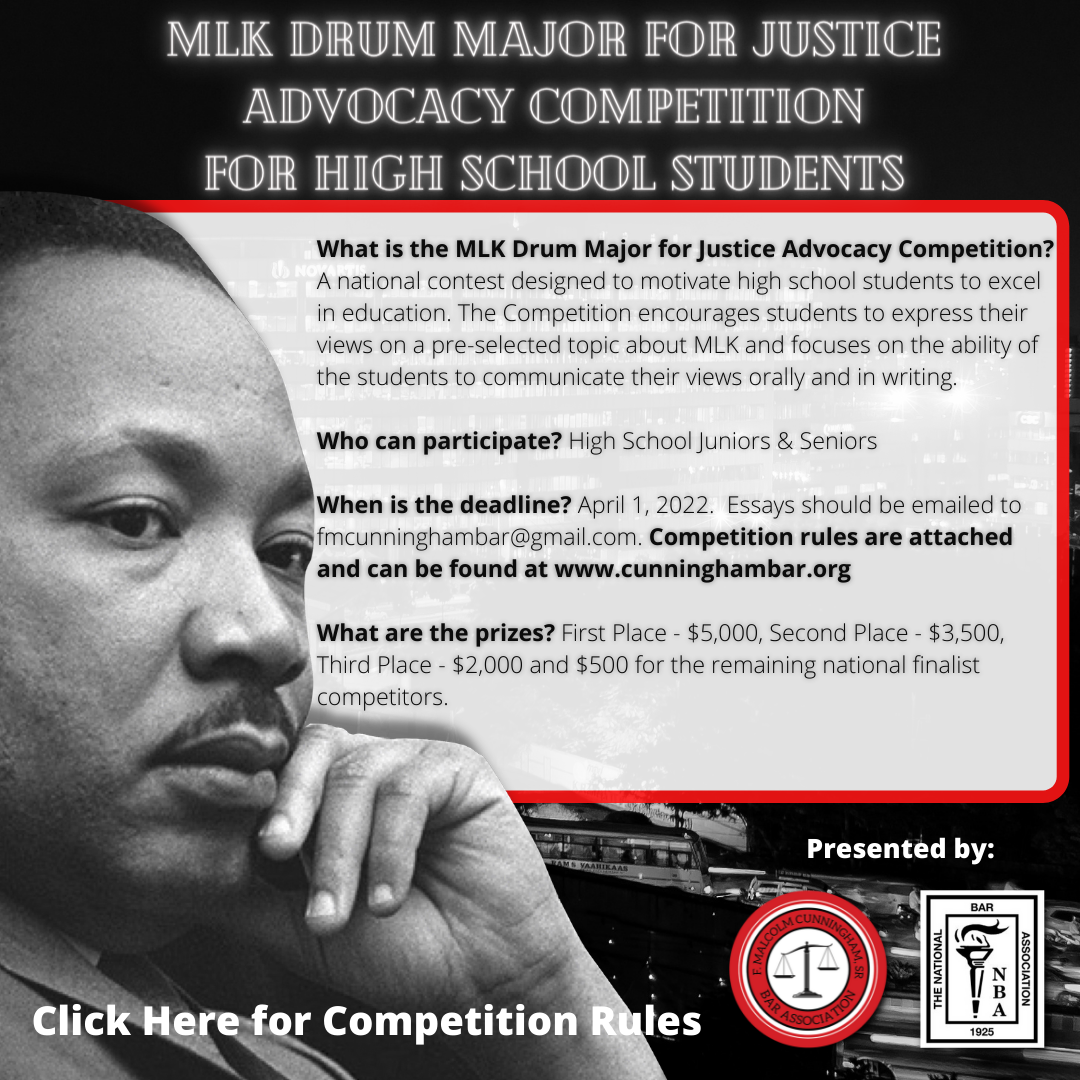